Every month the flood gates opened. Her fear of soiling her clothes and soaking through supermax pads forced her to miss days at work. She was only 25 years old but was weighing the risks of surgical intervention to remove her uterine fibroids.

She looked at options like uterine myomectomy and uterine fibroid embolization, but she wanted kids one day. She feared the potential impact on her future fertility. She searched for an effective medication to treat her fibroids and reduce her heavy menstrual bleeding. She wanted to get her life back.

For many years, women with fibroids have sought out menstrual cycle control options beyond oral contraceptives, Depo-Provera injections, and Progesterone IUDs. In May 2020, the U.S. Food and Drug Administration approved Oriahnn™ for the management of heavy menstrual bleeding associated with uterine fibroids in premenopausal women.

Oriahnn™ is the only FDA-approved oral medication designed to improve and lighten heavy periods caused by uterine fibroids. Fibroids, also called leiomyomas, are benign uterine tumors that grow in the uterus. Up to 80% of women will develop one or more uterine fibroids during their lifetime.

Oriahnn™ is a combination product containing elagolix, estradiol, and a type of progesterone called norethindrone acetate. Elagolix is a gonadotropin-releasing hormone antagonist. This term means it suppresses the ovarian sex hormones estrogen and progesterone, both of which stimulate fibroid growth.

The addition of estradiol and norethindrone acetate adds back some of the female hormones to prevent side effects and help thin out the endometrial lining.

Oriahnn™ is approved for use in premenopausal women to reduce the amount of bleeding caused by uterine fibroids. Why would a woman want to try Oriahnn™?

Many women suffering from the effects of fibroids seek a non-surgical treatment to control heavy periods. Medial options allow her to reduce her symptoms without impacting her future fertility. An effective medication will enable her to keep her options open.

Older medications, such as Depo-Lupron (leuprolide acetate), are administered as an injection. This type of medication is costly, poorly covered by insurance companies, and often triggers menopausal symptoms such as hot flashes.

Oriahnn™ comes packaged as a daily oral medication giving women the options to avoid surgery, procedure, or a birth control method. This pill is clinically proven to reduce heavy menstrual bleeding due to uterine fibroids within one month of taking it.

Oriahnn™ is not birth control. Patients using this medication who do not want to get pregnant may want to consider a nonhormonal contraceptive option such as condoms, Phexxy, spermicide, copper IUDs, or a diaphragm.

The participants measured menstrual blood loss (MBL) for two cycles before starting Oriahnn™ or a placebo. Only those with greater than 80 ml of MBL qualified for the study.

Oriahnn™ was proven to lighten heavy periods in 70% of women with a 50% reduction in menstrual blood loss. During the 6-month clinical trials, only three women required surgery for their uterine fibroids. What side effects for Oriahnn™?

The most common reported side effects were hot flashes, headache, fatigue, and irregular uterine bleeding.

All products containing estrogen and progestin combinations increase the risk of thrombotic or thromboembolic disorders, including pulmonary embolism, deep vein thrombosis, stroke, and myocardial infarction. A doctor must evaluate a patient’s medical history to determine if these medications are an appropriate option.

Oriahnn™ may increase the risk of bone loss so the FDA approval recommends limited its use to 24 months.

A new medical option for fibroids

This novel medication, back up by clinical evidence, gives women more choices to reduce menstrual bleeding caused by fibroids.

Thank you to BeingWell for publishing this article on Medium.  Article originally published on Medika Life. Got fibroids? Got polyps?… Get Symphion! 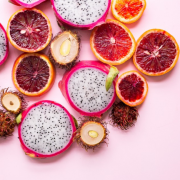 5 Secrets to a Healthy Vagina 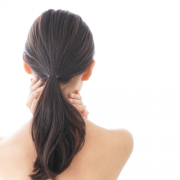 When Should I Worry About Breast Pain?